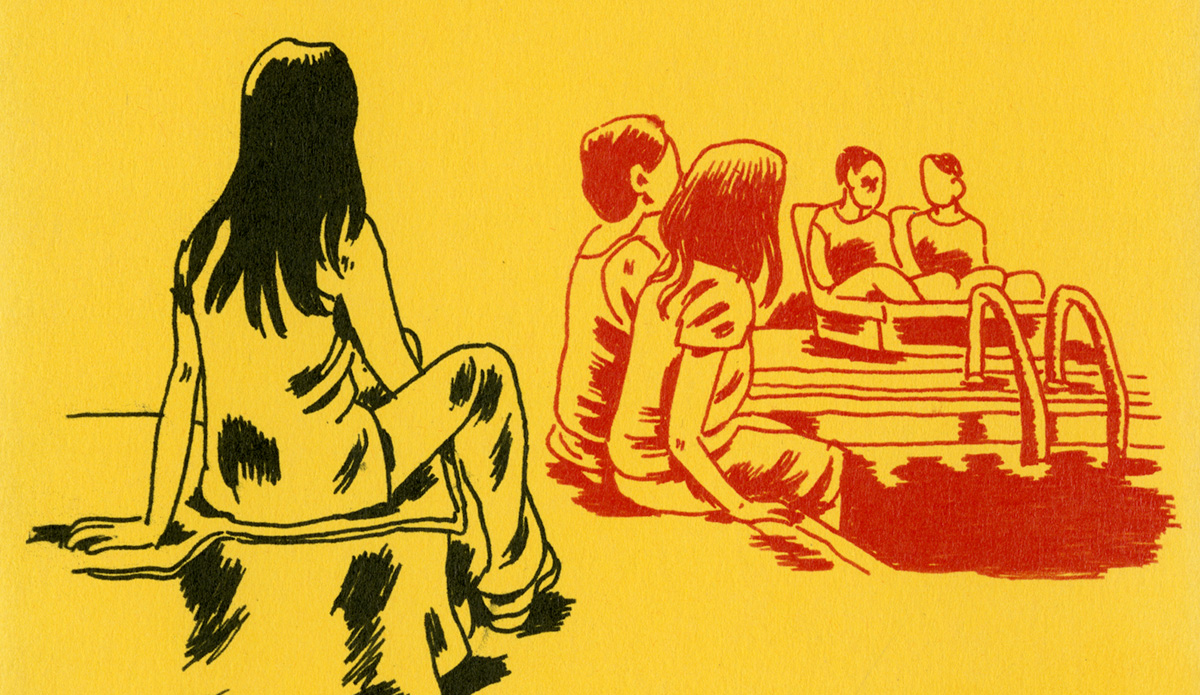 Check out the first installment of the history of Uncivilized Books.

Last time, I detailed the pre-history of Uncivilized books. This time I wanted to recall the events that led to the publication of our first proper mini comic: L.A. Diary by Gabrielle Bell.

By 2009, I was back in Minneapolis, drawing comics for MOME, freelancing and self-publishing. Uncivilized Books at this time was still just a vanity platform for my own mini comics projects. Around this time, a lot of the bigger indie comics publishers, like Drawn & Quarterly and Fantagraphics began to exit the comic book pamphlet market. They had already mostly fully transitioned to Graphic Novels. Independent/literary floppy comics seemed like fossils; a format that was out of time, and out of step with the new literary and adult Graphic Novel market surge. Many semi-regular independent series were being cancelled at the time, with only a few survivors (Optic Nerve would continue for a while longer). One of the many casualties was Gabrielle Bell, whose Lucky series was cancelled after only two issues.

Last time, I mentioned that I wanted to align Uncivilized Books with book stores & literary culture, and that’s true. However, there was another way for these kinds of comics to find their audience: mini-comics. This was the alternative embraced by many of the cartoonists with cancelled that either could not move into the graphic novel format, or didn’t have those ambitions. Making mini comics was something I already had expertise in. This was something I could do.

I’d met Gabrielle a few years earlier in New York. We were both members of AWP (Artists With Problems) a small group of New York cartoonists. The group wasn’t exactly a collective. We were all at different stages of our comics careers, but we liked each-others work, and, most-importantly, got along fairly well. We met weekly at someone’s apartment, look at our work, critique, sketch, ink, talk. Karen Sneider started the group. Some of the other members (besides me and Gabrielle) were Damien Jay, Jon Lewis, Robyn Chapman, Vanessa Davis, Jonathan Bennett, Alex Holden, Aaron Renier, and few of other, less regular members. Someday I’d like to write a bit about AWP.

Anyway, so we were pals from AWP, and since her series was cancelled, Gabrielle was looking to make some mini comics before her next graphic novel. Mini comics are fairly easy to make. Xerox some pages, fold in the middle, staple, and viola! you made a mini comic. However, if you want to make a lot of copies, add a few nice bits, like color covers, face trim, quality paper, etc. things can get complicated quickly. In a small New York apartment, without access to equipment, making a nice mini comic can become daunting, or expensive.

After years of working as a graphic designer in advertising agencies, I was eager to use my skills to design & produce more comics. In Minneapolis a few interesting things were happening. Zak Sally was in full swing with La Mano. He’d just procured an AB Dick offset press and was eager to use it on more than just La Mano projects. Near the La Mano HQ, there was an amazing paper warehouse that re-sold unused paper from various print jobs. The paper was insanely cheap, and fueled a lot of local printing projects. 2D Cloud was also around with their early Good Minnesotan anthologies. Minneapolis seemed exciting and vital for comics in a way that I never felt before. I had left Minneapolis in the late 90’s because it seemed not to have any going one comics-wise. New York was this amazing beacon on the horizon. It was the place to be. But now, back in Minneapolis, I wondered why I’d left in the first place.

I’m not sure how and when Gabrielle and I decided on work together on a mini comic. It was probably at one of the many conventions we were both going to. If there was one AWP collective activity (besides regular meetings) it was sharing tables at conventions. We’d get a shared table and everyone got to display a couple of comics. It was a nice way to do conventions on the cheap, have pals to share table duties, or have someone to goof off with when a convention was slow. And, if sales were dismal, it was nice to have someone to commiserate with.

The first real opportunity came with Gabrielle’s invitation to the Twin Cities Rain Taxi Book Festival. The organizer, Eric Lorberer, was a fan of comics and always included a cartoonist among festival guests. This time he invited Gabrielle. The festival seemed like a real opportunity to collaborate on a mini comic. We were both going to attend (I as a vendor, Gabrielle as a special guest).

The first mini comic was L.A. Diary. I wanted it to look almost as if it was printed professionally on an offset press. Paper was from French Paper Company. The cover was printed on a color laser (thank you Will Dinski!), and guts on a refurbished HP 5200, a black & white laser printer I’d just bought. I approached the mini as if it were a book. I wrote an introductory essay on the history of diaries (now available here), included ephemera like sketches and thumbnails. The graphic design was minimal, more book-like than comics-like. The design elements on L.A. Diary: color paper for cover, newsprint-like paper for guts, limited color palette (in this case yellow, red, black) became a template for the future Uncivilized ‘brand’.

L. A. Diary was also the first time I fully implemented the Uncivilized Books mini comics making ‘system’. To save on money and time, I decoupled cover production from guts printing. I would print covers in larger quantities (to save $$ on each cover), and I’d print guts when needed, usually starting with 50-100 copies. The extra covers would be stored for future use, when the first batch of copies sold out. It meant that I could save on $$ by printing more covers, and time, by assembling less comics at a time. If a comic turned out to be a slow seller, I would not be stuck with a lot of finished copies, and the expense of the materials and time used to make them.