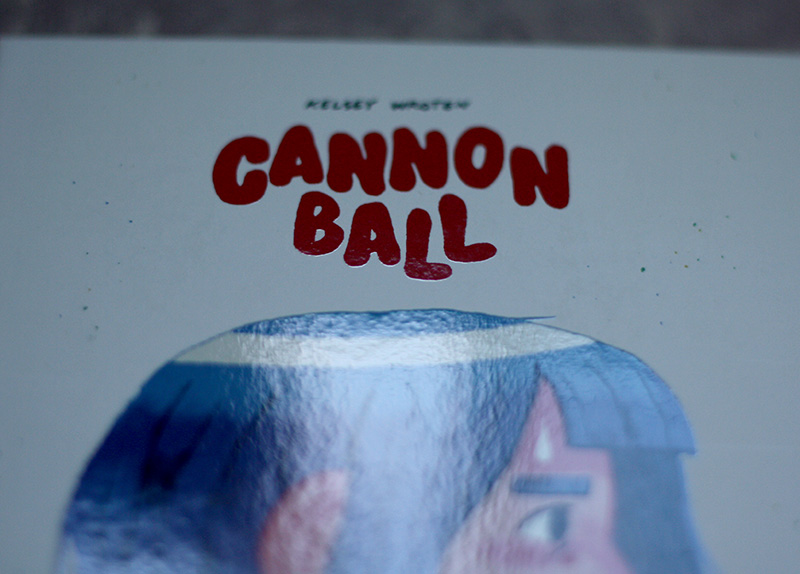 According to the Lambda Literary Awards, the Best LGBTQ+ Comic of 2020 is… Cannonball by Kelsey Wroten! Congratulations to Kelsey Wroten! Here’s what they had to say about the book:

“Mythology is so weird,” says Pen, the level-headed best friend and foil to Caroline Bertram, the fierce, rudderless queer art school graduate at the center of Cannonball, the new debut graphic novel from Kelsey Wroten. Pen (whose full name, Penelope, suggests the Homeric-level mythological traditions this book engages with) and Caroline have, in desperate, impoverished boredom, shown up at a grimy house party where a beefy bro is trying to impress Pen by telling them about a tattoo he plans to get of the Norse mythological king of the wolves, Finrir, who he proclaims “unstoppable.” “Except that I’m pretty sure they did,” Pen responds, “with a chain made out of like bird spit and lady beards.”

The weirdness of mythologies—the bizarre yet apt symbolic narratives we develop to articulate the problems and insights that defy ordinary language—is Cannonball’s obsession, which it pursues with a dazzling blend of intelligence and anti-elitism. Cannonball is about taking whatever is at hand, however meager, and making something out of it. This is a book where the protagonist, finding her cupboards nearly bare, feeds a stray cat a bowl of goldfish crackers; where her personal mythology revolves around the female wrestler Cannonball, who Caroline watches out of genuine awe, but also because wrestling is something she can watch for free thanks to her retro bunny-ear television. It’s a book where the main characters spend most of their time viciously gossiping about each other at dive bars (smuggling in their own drinks in backpacks to save money), discussing whose work has been published in which low-circulation zines or journals. These conversations espouse a commitment to artistic authenticity that only thinly veils what really defines the zeitgeist of those trying to make a home for themselves in the world of arts and culture in the early twenty-first century: lack. There’s not enough to go around, and, without that, there can be no community.

Read the rest of the review on Lambda Literary