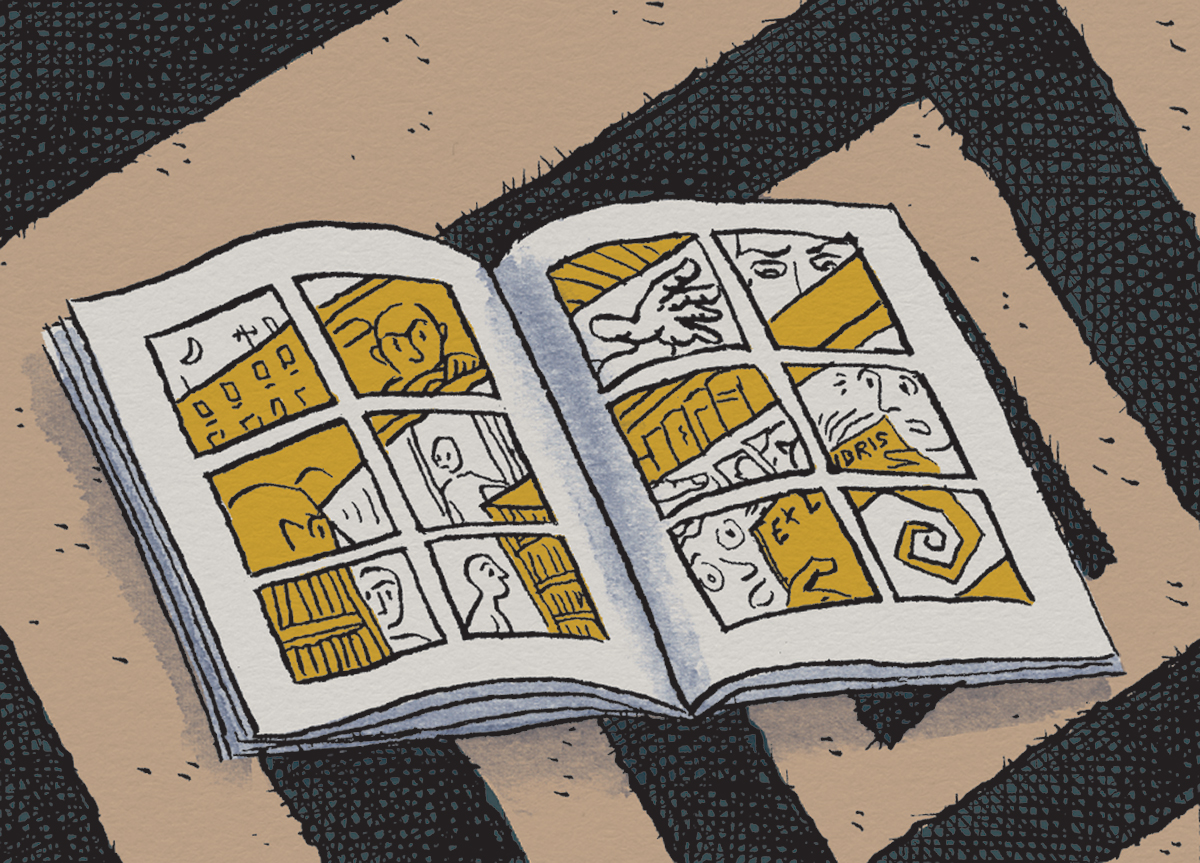 There’s a great new interview with Matt Madden (Ex Libris) on Book Love. The interviewer asks straightforward open-ended questions, and Matt has all the space he needs to focus on the essential things in his work.

A few exciting tidbits stood out to me. Here’s a little bit on Matt’s early comics book days:

“When I started making minis, Daniel Clowes was still drawing Lloyd Llewellyn, Drawn and Quarterly was a flimsy, magazine-sized anthology, and Maus was shelved in the humor section of most bookstores, alongside Garfield and Sniglets collections. I realized that I was much more likely to mine new territory and make a mark on the world striking out in this little-explored territory.”

It can’t be underestimated how open the American comics world was at that time (the mid to late 80s). The graphic novel was still 25+ years away from dominating the industry, and Manga was a niche concern. The comics environment we see today was unimaginable. While superheroes ruled the shelves of still-relatively-new comic shops, a critical mass of independent comics began to take their place alongside.

On the edges, outside of the superhero industry, lay the uncharted territory of the endless possibilities of the deceptively simple comics medium. Matt unpacks that idea—of the simple complexity of comics—so crucial to the creators then trying new things:

“Comics allow me to create a rich imaginary universe which I can mold and change as I go, for example, changing the drawing style from simple to complex or adding colors. I like how I can string a series of moments together that will coalesce into an integrated (not necessarily fluid—it might be choppy and disorienting) narrative sequence in a reader’s brain. This simple process never ceases to amaze me.”

The interview wouldn’t be complete without a few words on Ex Libris:

“I’m not sure what more to say about it except that, harkening back to the previous question, I hope that Ex Libris is a book that will encourage re-reading. There are a lot of references and gags throughout and there are also lots of reflections on the nature of comics, of reading books, of the blurry lines between fiction and reality that will resonate differently on later readings. It’s been gratifying for me to hear several people tell me that once they finished the book they immediately went back and started re-reading from the first page.”

It’s a fascinating interview. Well worth your time.