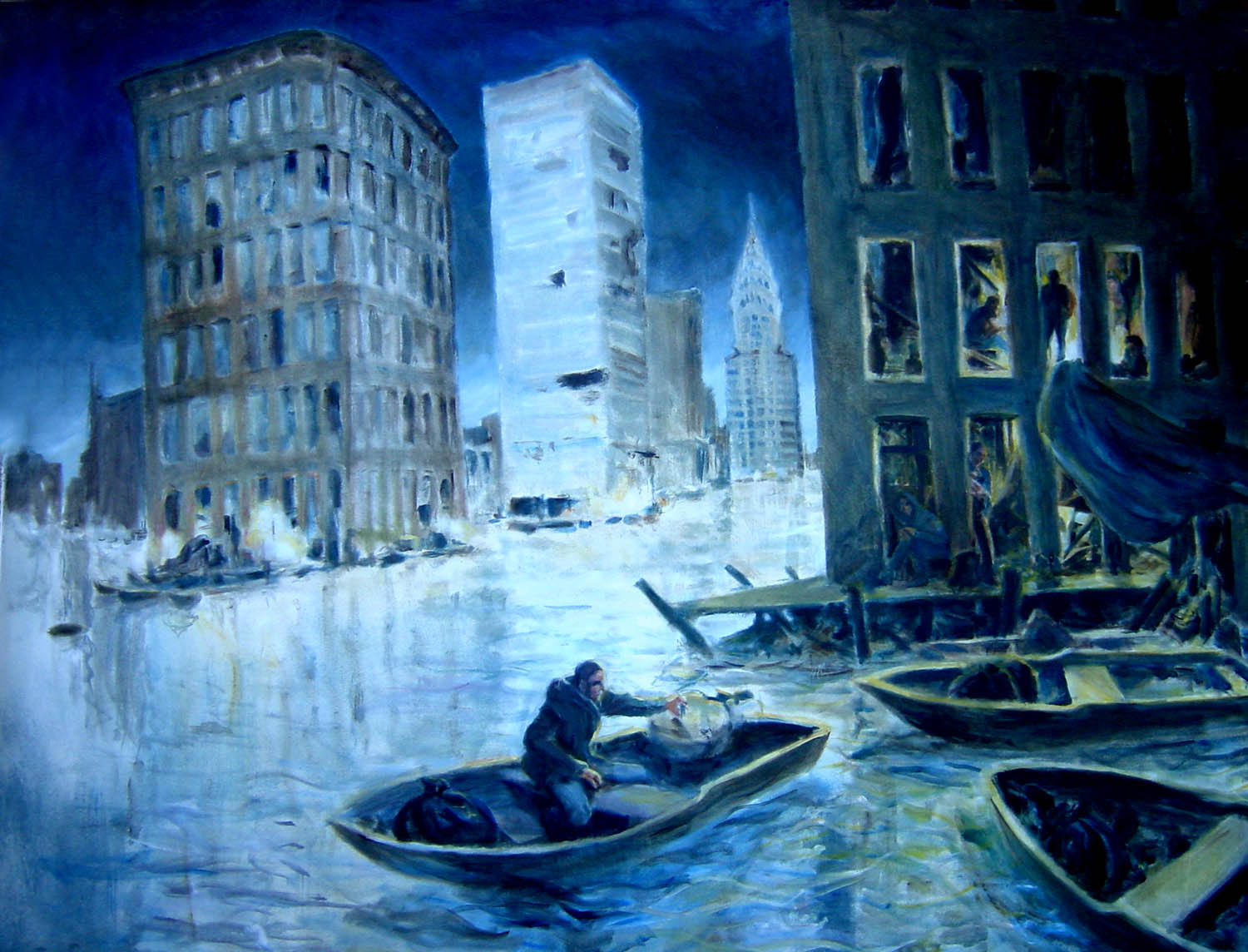 We published Post York by James Romberger over a decade ago. One of the earliest comics we published, it has been sold out for a while. However, we found a small batch of them a couple of months ago while re-arranging our covid bunker office. We’re down to the last 4 copies. If you want a small piece of our history, and an amazing comic by James Romberger now’s your chance!

The flooded post-apocalyptic New York setting appealed to me since a lot of my own work deals with the apocalypse. As I was working on the final print-ready files for the comic, New York was being inundated by Superstorm Sandy. It was absolutely crazy to watch the news of the flooding on Manhattan, that followed the maps included in the book. I was watching the prequel to Post York being filmed on the news in real-time! A surreal experience I’ll never forget.

This is a pretty unique item. Post York was printed oversized (8.5 x 11 in). James’ art really must be experienced at a larger size! it also includes a transparent vinyl Flexi disc with the Post York song, performed by James’ son Crosby. How many comics do you know with a record inside?

So while we say goodbye to our copies, you should also know that James went on to complete the story, and publish a graphic novel version with Dark Horse Comics. You can get a copy of that via your local comic book store, book store, or your preferred online shop.

Also, dear reader, you should know that James Romberger (with the artist David Wojnarowicz) created one of the greatest comics of the ’90s: 7 Miles A Second. He has recently printed a new edition and it is available now for a measly $19.95! If you have not seen this comic, it is absolutely worth getting a copy. This edition features the incredible restored original color by Marguerite Van Cook. Romberger’s art is really something to behold. It was such a sui generis project when it first appeared in comic book stores in 1996. It almost seems impossible that DC comics printed this book. 7 Miles A Second became a sought-after cult GN for years. Fantagraphics issued a new and restored edition a few years ago. This new printing issued directly by James amps up the color is the new definitive edition. I can’t recommend it enough!