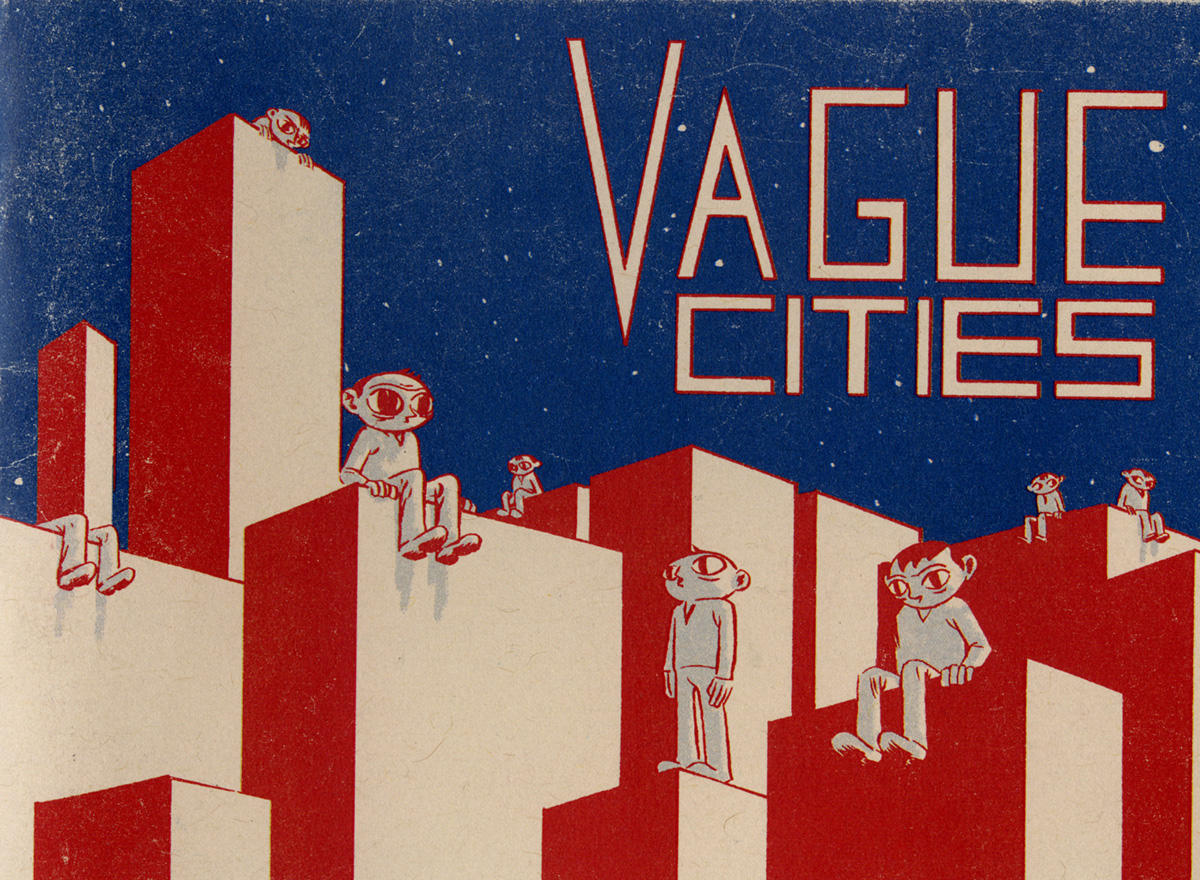 Uncivilized Books is celebrating its 10th Anniversary this year. In 2009, when we published Gabrielle Bell’s San Diego Diary, we officially became a ‘publisher,’ an entity that publishes comics by creators other than me. How did we get here? Here’s the first installment of the history of Uncivilized Books.

The name and the press date back a couple of years earlier. I conceived the press in 2007, but for the first 2 years it existed solely as my own self-publishing mini-comics project.

A dozen years ago, despite the many gains made in respectability, comics retained something of an outsider status. The very name of the medium: comic art or comic books, will always be associated with comedy or humor. This is not to say that comedy or humor is bad. But the association creates a distorted image of the medium. “Comic book” as an adjective, meant something melodramatic, hyped-up, over-saturated, colorful, funny; not-serious. Despite decades of graphic novels’ presence in book stores, the culture at large still saw a basic equivalency between comic books & superheroes. Even though many of my own comics dealt with serious themes, the first question often asked of me was, “comics? Oh! What kind of superheroes do you draw?”

Dan Clowes, in one of his interviews, said that a famous indie cartoonist is equivalent to a famous Badminton player. People know what Badminton is, but not specific players. He wasn’t wrong. The general population knows what ‘comics’ are. They also know the odd name, like Stan Lee, Charles Schulz, and maybe Jack Kirby. But most cartoonists are not well known. Their work might be familiar and even popular, but the name behind the work often lingers unknown.

In 2007 I was still living in New York. I was releasing an increasing amount of mini-comics, and I desperately needed a container for my various projects. After some brainstorming, I decided on Uncivilized Books, as the name, and a caveman/barbarian as the logo.

Uncivilized; the word originates with Greeks and Romans. The civilized label generally applied to citizens of the republic or the empire. The uncivilized label applied to all other people outside its borders and walls. The outsiders were strangers and foreigners. They didn’t speak Greek or Latin. They were barbarians and un-civilized; not quite human. Comic books seemed to have a similar quality. With few exceptions, when comics were acknowledged to be good, they were pretty good for being comics, not for their own qualities. Comic art, a weird hybrid of words and letters, fits neither into art nor literature. Comics and their creators were perpetual outsiders.

As an immigrant, and by extension a cultural outsider, it felt natural to align myself and the publishing house with outsiders; the uncivilized. I fell in love with comics from a pretty young age. This love was always accompanied by a struggle to justify comics to others. By falling for comics, I was also undertaking the Sisyphean struggle for some kind of comics-acceptance. Or maybe I just dreamed of storming the walls of the civilized literary world? In any case, the name stuck.

Where’d All The Lit Comics Go?

In the heydays of the 90’s it was easy to pick up issues of Eightball, Hate, Optic Nerve, Love & Rockets, and many other literary (or indie) comics along with superheroes, and whatever else you were into. These comic books existed as part of a fraught but unified comics-continuum. By sharing the stands with more mainstream offerings they existed in constant dialogue and a kind of dialectical opposition, that strengthened all comics.

By 2007, it became increasingly difficult to find literary comics on the shelves of comic book stores. This was despite the fact that comics, specifically graphic novels, were garnering more critical acclaim and respect. Fortunately, regular ol’ book stores and libraries noticed that people like all kinds of comics: comics for kids, comics for teenagers, literary comics, and genres other than superheroes. This embrace by book stores and libraries placed comic books next to books, and created a whole new context and audience for comic art.

If you ever bought a book in a book store (and who hasn’t!?), you know that there’s an incredible diversity of genres, titles, and publishers in that world. Book stores have always been sites of curiosity and openness. Book stores are always happy to sell you whatever book you may be looking for. Comic book stores on the other hand, seemed to limit their audience to superheroes and pop cultural products. There’s nothing wrong with that kind of specialization, but it excludes a big part of comic art audience. Book stores can also specialize, but generally speaking they have a far broader range of material on their shelves.

The kinds of comics I liked disappeared from comic book stores (with some notable exceptions), and re-appeared in book stores. They had become graphic novels. All of a sudden a vast literate audience could access them more easily. Even though I was only publishing mini-comics, I wanted to align with ‘books’ and the literary lineage and curiosity they implied. This is how Uncivilized Books got its name. But, I still felt like an outsider in both worlds. Uncivilized Books would become a small barbarian tribe, caught between the twin empires of books and comics.

That same year (2007), I quit my job in advertising, left New York, and moved to Minnesota. I still freelanced for the ad industry, but I had a little more time on my hands. As a result, over the next two years, Uncivilized Books published dozens of mini comics in various editions. Most were inconsequential and silly.

Producing mini comics can be pretty laborious, so I started experimenting with different printing techniques and methods to save time and money. You can see here a few pics of those pre-historic mini-experiments. Most are now out of print, with the exception of the Cartoon Dialectics series.

After a couple of years, an opportunity to publish a Gabrielle Bell mini comic presented itself. But, that’s a story for another day.

Hopefully you enjoyed this first installment of the history of Uncivilized Books. Let us know if there’s any part of our history you’re especially interested in. We’ll try to work it into the series!

To be continued in: History of Uncivilized Books, Part 1.