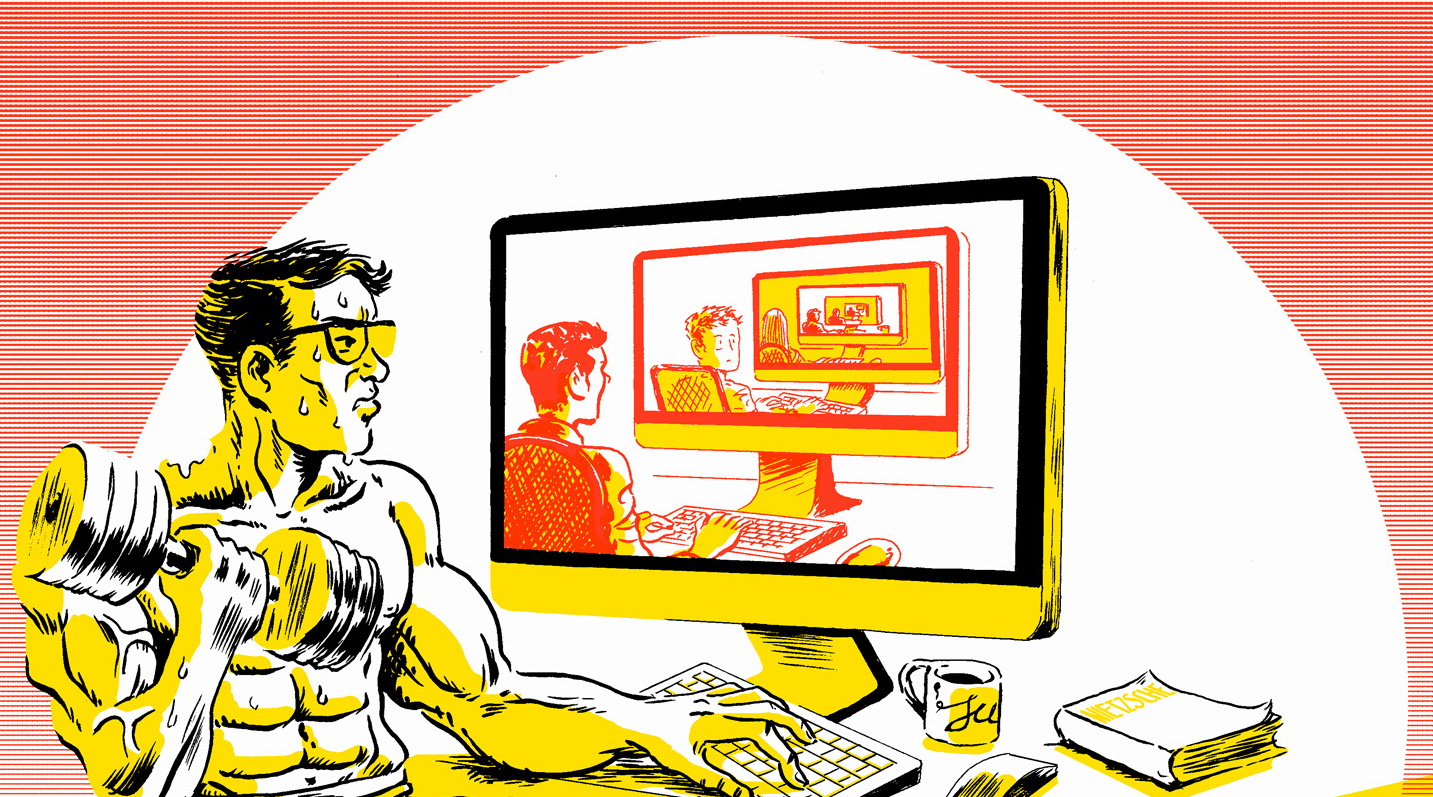 NOTE: The following essay/rant was originally published in the indicia of Cartoon Dialectics (vol. 2) #1 (Jan. 2020). This was before the current, and ongoing Covid-19 pandemic. Now that we’re all insecurely self-isolated, social media has become both more important and more insane. Now you’re trapped inside, you have no choice but to check us out on ‘net! At least we try to have good content (how I hate that term).

We’re on so called ‘social media.’ But I recommend against finding us. It’s better to avoid the internet altogether. It is a cesspool of nonsense, insults, narcissism, and hurt feelings. Why on earth would you do that to yourself?

It is mankind’s greatest invention. Seriously it’s huge! We built it to ‘communicate’ with each other. We wired (it even works wirelessly!) the whole planet to accomplish this task. It’s seriously impressive.

What we didn’t realize is, we built a nervous system, not a communication system. Communication is slow, and requires time and effort. The internet is fast and requires no effort. Each one of its terminals (computers, tablets, phones) are nerve endings. Nerves react before thinking, sometimes before the brain can even react. This is the internet. The twitchy nerve of the world.

The planet is becoming schizophrenic and warm. It’s overheating because nerves make you feel hot. Hot in the brain. Hot. Better to go outside and cool off. Put some komicxs in your bag, walk or bike to a nice spot somewhere, have a picnic, do some calisthenics, worship the sun, and lose yourself in the unique experience of reading a comic book. Don’t go too fast. Look at the images. What do they mean? How do they interact with the text? Is the experience enriched? Engage with it. Write down some notes. Seize an idea. Roll it around in your mind for a while. How does it feel in there?

Occasionally an idea may be a bit frightening… dangerous even! But don’t be afraid. It’s just an idea. You can forget it and think about something else. What if you can’t stop thinking about it? Maybe there is something interesting there? Think about that! Write about it. Draw about it. Make a Komicxs.